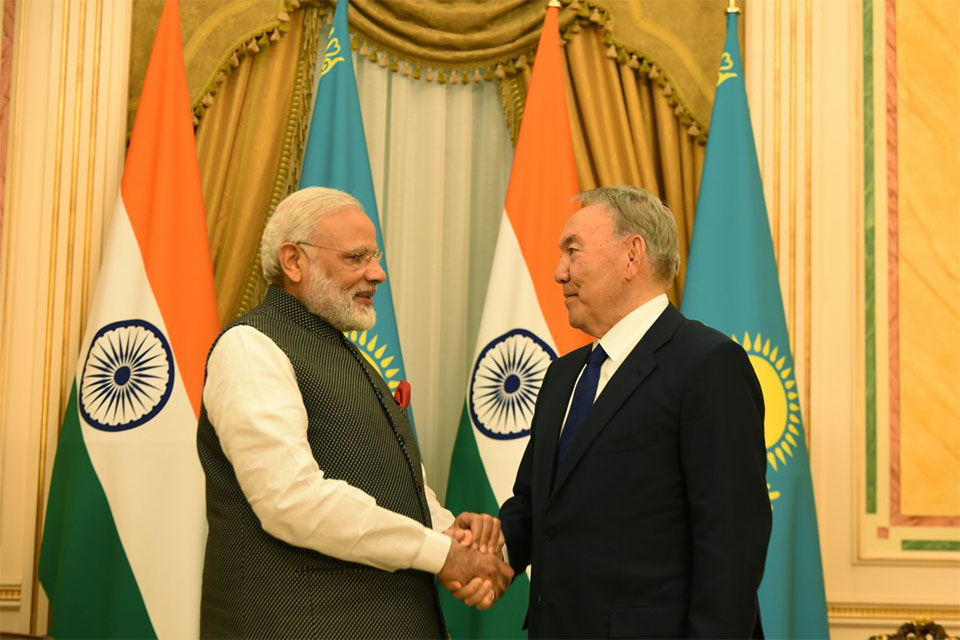 India was one of the first countries to identify Kazakhstan as a free, sovereign State after the break-up of the Soviet Union in 1991. Diplomatic relations have increased in significance in the 21st century after initially remaining passive in the 1990s. Both nations seek to develop an extensive commercial and strategic partnership in the Central Asia region.

The people of Kazakhstan hold India as a country endowed with a glorious past, having a vibrant present and blessed with a bright future. Relations between India and Kazakhstan are ancient and historical going back to more than 2000 years. There has been a constant and regular flow of trade in goods and, more importantly, exchange of ideas and cultural influences. The flow of Buddhism from India to Central Asia and Sufi ideas from Central Asia to India are two such examples Both the countries enjoy close cultural relations that manifest in popularity of yoga, Indian films, dance and music in Kazakhstan. Swami Vivekananda Cultural Centre in Astana is engaged in various cultural activities, including conducting of yoga, dance and music classes; celebration of Indian festivals. India provides scholarships in various disciplines under the ICCR Scholarship programmes for students from Kazakhstan.

Both India and Kazakhstan stand today at the threshold of what promises to be a new, more dynamic and vibrant phase in their relations.